A Jewel among the Pebbles of PTC Industry

The advent of the internet has made the chimera of a work at home opportunity a feasible reality.

One such opportunity is PTC, which is frowned upon by many for its ambivalent nature.

A PTC (Paid-To-Click) is primarily a website where members are paid for viewing advertisements. It operates as a mediator between advertisers and consumers.

An advertiser pays an amount to display his content on the website, part of which goes to the user viewing the content. This combined with a bulk of GPT components, tallies up the entirety of the PTC business model. With countless websites based on this model amounting to nothing more than ephemeral constructs, PTC is scorned by most reputable marketing gurus. Nonetheless, among the numerous pebbles of the industry, one that has crystallized itself into a jewel is NeoBux.

Ever since its inception in March 2008, NeoBux has survived every stress test without breaking stride. The legitimacy of the platform is reflected in its ability to withstand the tides of time elapsed. Providing optimal rewards to its users for their activities as well as giving large-scale exposure to their web-based business or affiliate offer, the website has achieved a two-dimensional balance.

Whether you’re looking to make ends meet or generate consistent revenue with a well-devised marketing strategy, NeoBux can aid to achieve both objectives. It can also be of great utility to advertisers aiming to increase brand awareness and collect leads. You should keep in mind, however, that it’s neither a get-rich-quick nor an investment scheme. So without sustained effort and commitment, a nickel-and-dime income is all you have in store.

Distinguished for its instant payments, NeoBux is ever-ready to pay every penny accumulated in your account balance. With millions of members on-board and numerous partnerships, it has built a system interwoven with perceptive innovation and skillful regulation.

The revenue source of NeoBux has virtually seven dimensions to it. Which include paid ads, marketing surveys, coin offers, mini jobs, the AdPrize bonus, free online games and the referral system.

Since it’s a Paid-To-Click site, the most intuitive method of making money on NeoBux is viewing sponsored advertisements.

Quoted below each title and description, is the amount of money that your account will be credited with for the visualization of an ad. This amount, dependent on the ad’s duration, varies between $0.001 and $0.02 per click.

Enabling the AdAlert extension will allow you to keep an eye on every ad that surfaces for each new purchase placed by advertisers. With the ability to validate more ads (100+ potentially), your chances of finding the ones with higher rewards increase. Given this scenario, your optimal income could be around $0.10+ per day.

Although free and quick, the process is limited in its potentiality. Therefore, a requisite for achieving a higher level of income is the apt utilization of the referral scheme.

The surveys available on NeoBux are among the highest paying in the PTC/GPT industry. Pollfish, Yuno, YourSurveys, Samplicio.us and Surveytime are the five third party providers of such surveys. Survey participation is the primary earning method for a lot of users, due to its high reward potential.

The completion of a survey can help you pocket anywhere between $0.09 and $10.

The length of which varies widely, depending on the survey subject.

Profession, interest, location and other determinants influence the number of surveys you get on a daily basis. Their availability and rewards are also governed by these factors.

A flair for taking surveys could lead to the supplementation of a few hundred dollars to your monthly earnings. Inattention shouldn’t be the reason for neglecting such an opportunity. Hence, you should promptly create your free account on NeoBux.

The offerwalls of NeoBux are replete with Coin offers. Participants of offers have to watch videos, test new products and services, download apps or sign up for websites in order to complete them. The seven third parties Persona.ly, OfferToro, AdscendMedia, AdGateMedia, AdGem, aye-T-Studios and RevenueUniverse are the providers of these offers.

Although there’s variance in compensation, partaking in the maximum number of offers will help you find the ones catered for you. Their incentives are likely to be less than that of surveys. Nonetheless, offers with comparatively greater profitability can be availed by entering your credit card credentials. The net gains of such offers largely preponderate the participation expenses. So if you’re not hesitant to share your credit card information, you’ll be rewarded handsomely.

As can be inferred from the name, Coin offer inducements are paid in NeoBux Coins. For security reasons, Coins remain pending for 60 days before being credited. After which, they can be converted directly to your main balance. The rate of conversion is given below:

Once levelled up, the pay per task will increase substantially, and you’ll be inundated with the number of tasks entailed in a single job. A handful of members are probably making a living through the daily execution of 300-400 tasks.

Appen is the sole provider of mini jobs.

They can be a compensatory substitute for the lack of survey availability in countries such as Philipines, India and Bangladesh.

Immediate reward allocation isn’t possible. You’ll have to verify your work and receive approbation prior to that.

Due to their flexibility, mini jobs can be performed in accordance with your desired schedule. Standard members are given an additional 18% bonus per dollar earned. In contrast, a 30% bonus is given to Golden members. The amount of bonus you can accumulate is infinite and will be credited without delay.

In addition to the financial reward, every ad viewed will help acquire four “AdPrize”.

The NeoBux AdPrizes stay valid for a period of 240 minutes.

Should you choose to use them, you’ll have to click the blue rounded square which quotes the AdPrize number. This will cause an advertisement to load in a new tab.

The number of AdPrizes quoted is the number of ads you have to see. Each validation message will appear stating whether you’ve won something or not. Prizes include NeoBux Points (10 to 10000), cash rewards ($0.25 to $50) or even a Golden membership $90 in value.

NeoBux Points have no utility beyond the platform. They can’t be converted into dollars and are used exclusively for the following purposes:

The probability of winning something through AdPrize is fairly decent. But whether that justifies the viewing of a dozen more ads is entirely subjective.

Apart from being a work at home opportunity, NeoBux is also a platform for free online gaming. A 2 minute game session will earn you $0.001. You can avail yourself of 100 game sessions every 24 hours. Gaming beyond this limit is permissible but without profit. The games available come in a variety of genres and are provided by Arkadium.

NeoBux is the first of its kind to introduce a two-pronged referral system.

The first prong of the system gives a user the unique opportunity to rent referrals, and the second prong is analogous to a traditional affiliate model.

Therefore, NeoBux referrals are partitioned as rented and direct. A sketch for each type is given below:

The Chief Allures of NeoBux

Albeit feasible, the idea of building a full-time income on NeoBux is difficult. This is partly due to the undermentioned impediments which hinder the process:

In spite of the challenges, while it’s a bit of a conquest to generate a 4 figure monthly income, a 3 figure income is more than possible. But for that to happen, you must initially utilize the GPT aspect of the platform through thick and thin. Once you’ve accumulated enough capital for a premium upgrade and can manage any expenditure for team building, you must do your due diligence with consistency. As achieving above average results, requires your efforts to be the same. 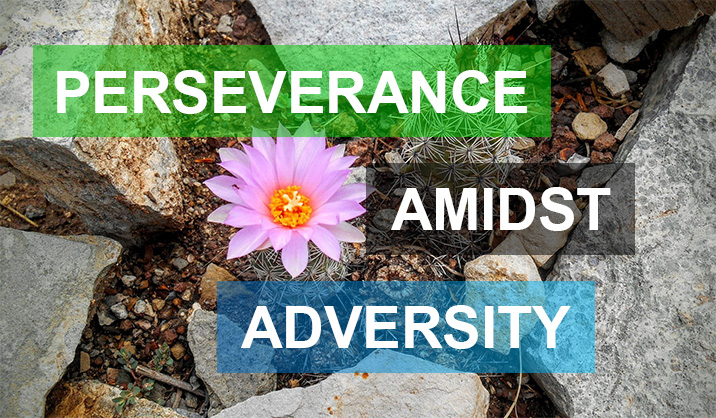 On March 25th, 2008 the success story of NeoBux began with a preregistration phase. Shortly after, its official commencement was marked on the 30th of April. With due discretion, the owner of the company appears with a ubiquitous “Admin” tag in the forum. Investigating further, his real name was revealed to be Fernando R (full name concealed for privacy concerns).

The role he occupies encompasses from the development of the application to the management of the site structure. IT, marketing, and financial consultants also aid in ensuring the best possible outcomes. Moderators and support personnel are overseers of the remainder.

The quoted address is apparently inside the Aviz Trade Center, a business hub that provides office locations and other related services. The private limited company operating the business is NeoDev, Lda. It’s been assigned the Número de Identificação Fiscal (NIF) by the tax and customs authority of Portugal.

The rented referral system was introduced on NeoBux as a surrogate means to distil downline income. However intuitive ostensibly, its apparatus can be puzzling and needs adaptive management to be utilized properly.

The rental period of a referral can be extended at any time before its expiration date.

A longer period correlates to a higher discount rate, with 30% being the highest.

In order to use NeoBux without expenditure, your earnings need to accumulate into dollars. A common mistake is to empty your account balance of $0.60 for purchasing the first pack of 3 referrals. It’s better to garner monetary flexibility in the beginning. As the extension of referrals to a significant renewal period will maximize the profit margin and improve ease of management.

Your decision to rent referrals through one of the payment methods available should also include their extension. A few referrals extended for 240 days have a higher chance of reaching profitability than a plethora not covering their own cost.

A strategic approach to recycling can help improve the standard activity of referrals with reduced expenditure.

The strategy needs to be tweaked until the right balance between saving expenses and boosting median activity is found.

Your objective is to bring about a superior net margin with the same cost structure by increasing the overall activity of your team.

While manual recycling has a cost, NeoBux offers free replacement for referrals that exhibit 14 days of inactivity. The auto recycling process occurs within 24 hours of a referral being marked as inactive. Certain premium upgrades include a shortened replacement period as an added benefit. You must ensure that your referrals stay unlocked in order for their replacement to ensue. Leveraging this free recycling feature can aid to reduce maintenance cost alongside retaining a lively referral list.

To capitalize optimally on the affiliate system of NeoBux, a proper recruitment scheme needs to be implemented. The enlistment of inactive referrals is of no utility. A distinctive platform presentation meshed with a systemized promotion of NeoBux to its target audience can greatly facilitate the acquisition of a vibrant list of referrals.

As stated earlier, the varied availability of surveys/offers is mostly dependent on geolocation.

Thus, knowing which countries perform best can be of enormous benefit.

Statistically, North America offers the most bounteous pay due to surveys and offers being available in abundance.

The uppermost commissions are resultantly generated by active referrals of the continent, notably from the US and Canada. The UK, Germany, France and Australia are next in order. Data extrapolated from a representative sample of 5000 referrals also depicts Mexicans to be proficient. Three of them comprised the top five earners of the sample, with each completing over a thousand offers.

Exposing NeoBux to the above mentioned demographic will allow its affiliation power to be harnessed effectively.

With thousands of affiliates robustly engaged in team building, a website exposition that differentiates itself is essential for marketing success.

Exploring different advertising media as well as presentation methods is a good exercise. Recommendations listed below are known for their efficacy:

NeoBux and the Crystallized Language of Green and Blue

Note: The masterfully composed piece affixed to this blog post is by Mary Lattimore. I feel it evocatively conveys the overall tone of the post. Do take time to discover more about her otherworldly music.

Please inquire or share thoughts below in the comment section. I’ll attend to them cordially and respond in accordance.